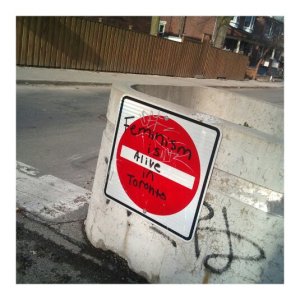 In 2001, I became a mother. After a few years, “Mom” became something that two little people called me. Mom and mother were how I was identified to my children and to the world from then on. For a while, the children were all I had in the world. I would socialize here and there and lose my head in a book or the internet from time to time, but when you have kids running around you need to keep watch and well, they become an occupation of sorts.

I’m the eldest child of my family and my Hispanic upbringing was a bit different, but traditional nonetheless. My mom worked nights and my dad worked days. I was the manager of the house and made sure things ran smoothly in between parent time. Before I became a mom, I was a media buyer and a part-time student. It was freedom after being sheltered at home for so long (I wasn’t allowed to have my own place as an adult until I got married and as naive as I was then, I believed it). Therefore, I was content working, studying, going home to be with my husband and doing it all again the next day. We both always wanted children together and the day came when we both decided it was the time to start a family.

My daughter was a climber and my son was very a clumsy toddler. Outings to the park and crowded areas were like flying two kites in a chaotic wind. No matter how much I willed it, I couldn’t grow my eyes larger than the scope of their whereabouts. I taught, prompted, played with and did all the things that were required of me as they needed it and I loved it.  However, once they were more independent at school a whole new world was revealed to me: the concept of “me” time.

You get the idea.

A few readers may know that for the longest time I kept a blog on livejournal and every week or day I’d  write of the things I’d try to do outside of motherhood. Little by little I made some of these things happen. Some of my goals were pretty out there, but I felt invigorated and more like myself again with every new accomplishment. I found myself with new roles: dj, poet, student, marathoner and most recently, webcomic creator.

Suffragist and abolitionist Lucy Stone once said, “A wife should no more take her husband’s name than he should hers. My name is my identity and must not be lost.” *

I kept my maiden name (I use my husband’s name only when dealing with my children’s school and school board. It makes an already muddled red-tape world less confusing). I identify as mom to my children the same way I identify as daughter to my parents, sister to my sister and wife to my husband. On the occasion where I take on a part-time job, my resume will not have “mother” as part of my skill set.

Being a mother is a rewarding experience. I love my children and enjoy raising them. I am very proud of my children and I cherish the relationship and bond I have with them. I have awesome kids. As a stay-at-home mom I do many things that are not acknowledged. I’m a launderer, a cook, an organizer, an office manager, a cleaning service, a  courier, a tutor, a dishwasher…you get where I am going with this. I make sure people get things done and don’t die in my household. Maybe it’s unfortunate that I can’t put these things on a resume, maybe I should, but is my employer going to care that I can change a diaper in 15 seconds or will they care about what I can do for their organization? I’m also a bisexual woman, but does this help me land a job? I don’t think so.

Most recently I came across a term that made me philosophize about my label as “mom”: Mompreneur.

My first instinct was to say, “How cute,” and then right after I became quite irritated. “Mompreneur” is entrepreneur with the word “mom” tacked on before it. As I read that label, I thought, “You want me to think you are special because you are a mom and an entrepreneur.”

Are there special considerations I should take into account when dealing with a mompreneur? Are we seeking special status with this label? Does this mean we’re giving in to the expectations of society that thinks that we, as women who happen to be mothers, are only “mothers” with side jobs?

I’m a feminist because I believe we deserve equity in the workplace and we deserve to be treated as equals in the fields we choose to pursue. I also believe that we are not the sum of our bodies or what we do with them. We are people and not a “special” brand of people either. I think it’s time for women to take our identities and be individuals separate from our relationship (marital/single/parent) status.

I also believe it’s high time that those of us who are moms start passing on some of these gender-parent roles off onto fathers. Bring on the stay-at-home dads and the fathers that are willing to take a year off a career to help raise their kids while mom pays the bills. I am delighted when I hear of home situations like that. If I made more at work, I’d be happy to pass on the dealings with the school and the school board onto my husband and he would gladly take them.

The problem also with this “mompreneur” label is it becomes another one of those things that pits moms against other women who choose not to have children. As a longtime blogger I’ve had those child-free versus moms debates.  I dislike them immensely. Childfree women complain of pregnant women posting the daily changes in their bodies. Mothers complain about the childfree existing. Then we all complain about being on the rag. Where is there anything getting done to further our collective cause? Can’t you see it? We’re fighting about the choices we make with our bodies and our lives!

We are people first and instead of pitting each other against one another, maybe, just maybe we ought to be supporting our individual choices and get on with it. Let so and so post about their pregnancy. Her body has been invaded by an alien and it’s mutating. It’s science and she thinks it’s fascinating. If so and so is complaining about the screaming baby on the subway, then let them. I’m sorry, there’s nothing more annoying than a baby screaming during my daily commute, mother or not. Scroll past those posts and well, move on.

In the spirit of working hard to be seen as equals in the world, I think we need to step back and analyze our existence as people. We need to stop identifying ourselves first with our bodies and the preconceived roles that are ingrained in our society. There is no greater freedom than owning your identity and being yourself in the world. You must aim to live an unapologetically honest life.

We must live beyond the label of mom and woman. We must live a life without obstacles and most of all, we must be ourselves.

**Edit: You may also find this post in the Community entry in Feministing:  http://community.feministing.com/2011/04/14/feminism-requires-all-of-us-my-problem-with-the-mompreneur/